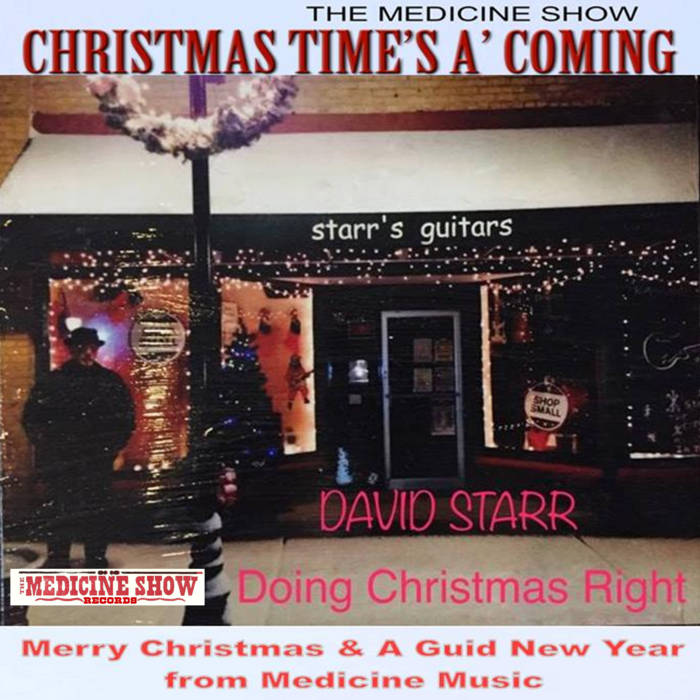 David Starr is an Americana singer/songwriter/multi-instrumentalist living in Cedaredge, Colorado. His music has roots in Arkansas blues, country rock and classic rock. With an emphasis on insightful songwriting and strong vocal performance, David’s influences range from the ‘70’s Southern California country rock to blues to pop.
He has played clubs, college gigs, weddings and concert stages since the age of 14. His Fayetteville, Arkansas hometown roots put him in close proximity to The Cate Brothers, Levon Helm and other great artists. Starr played drums and sang lead vocals with numerous local bands in the northwest Arkansas before picking up the guitar and fronting groups both there and in Aspen, Colorado in the early '80's. It was during his time in Aspen that he shared the stage with the likes of the Nitty Gritty Dirty Band, Dan Fogelberg, Kenny Edwards, Sonny Bono and others. Starr has opened for Travis Tritt, Survivor, The Guess Who, Restless Heart and Clint Black in recent years in addition to touring in Colorado, Arkansas, West Virginia, Canada, Texas, Missouri, California and the United Kingdom in the spring of 2015.
He also owns and operates Starr’s Guitars music store in Cedaredge, Colorado and actively promotes live music locally. Songs recently co-written with John Oates, Tia McGraff and other songwriters appear latest release "Love And Sabotage", Starr has also served as lead guitarist for John Oates.

Quotes
"David Starr is an inspired song-writing craftsman with a vocal flare that sits easy in an easy chair or could equally fills the biggest halls or even the best Festival stages, I suspect" Rob Ellen The Medicine Show, UK.

“David Starr and guest, Ben Harris, recently performed a house concert at my place (aka "Cove" concerts in Northwest Arkansas). David's voice is mesmerizing and his range of songs took a most appreciative audience from tears to laughter -- a true gift of the ultimate songwriter. Between David and Ben, the musicianship was astounding!” Lori Holyfield, Cove House Concerts, USA