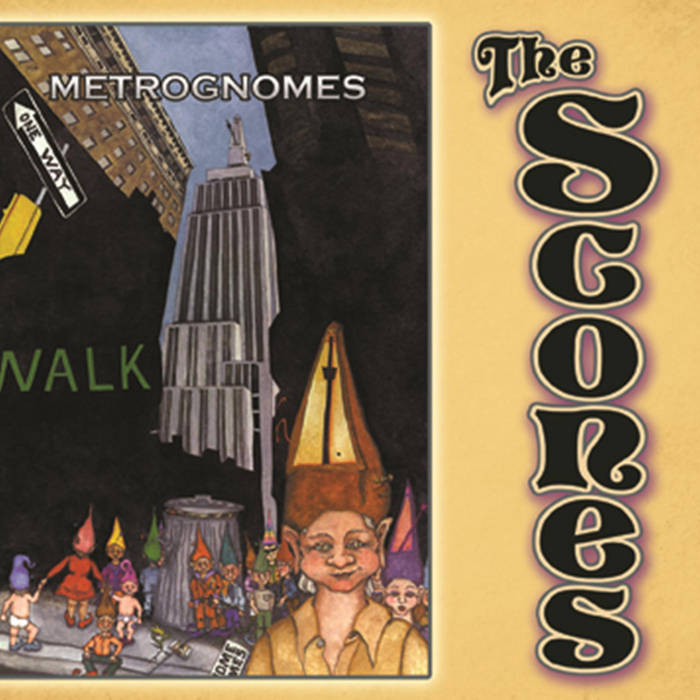 from Looking For Europe Collection 2019 Volume Two, released July 2, 2019
After nearly a decade of entertaining crowds all over the West with their award-winning original songs, rock group The Scones – Rick Stockton, Helen Highwater and Harry Knipe – have evolved into a very tight and professional unit. Incorporating big vocals, guitar gymnastics, banjo, bass, percussion, and drums, the band produces the infectious grooves and lush, tight harmonies that the Scones are known for.

The Scones have shared the stage individually or collectively with such names as Joe Cocker, Lyle Lovett, John Cowen, Ramblin’ Jack Elliott, Robert Earl Keen, The Country Gazette, John Lee Hooker Jr., Otis Taylor, 3 Twins, Chuck Pyle, Brewer and Shipley, and many more, – and they have just recruited renowned keyboardist, singer and songwriter Tim Veazey (timveazey.com). Tim has performed for everyone from the late Princess Margaret to Ted Turner and with everyone from Pete Fountain to Dickey Betts of The Allman Brothers. He has toured internationally, playing piano & keyboards and singing backup vocals for such stars as Crystal Gayle, Rita Coolidge, Doug Stone, Earl Thomas Conley, Billy Joe Royal and Sonny Turner (of The Platters). The Scones are seasoned pros who provide high energy, entertaining experience that you will not want to miss!

Outside of performing, recording, and songwriting The Scones have written the music for a successful musical play that has been presented to sold-out venues, and are founders of the Mountain Harvest Festival, which received the Governor’s Award for Best Small Town Festival in Colorado.