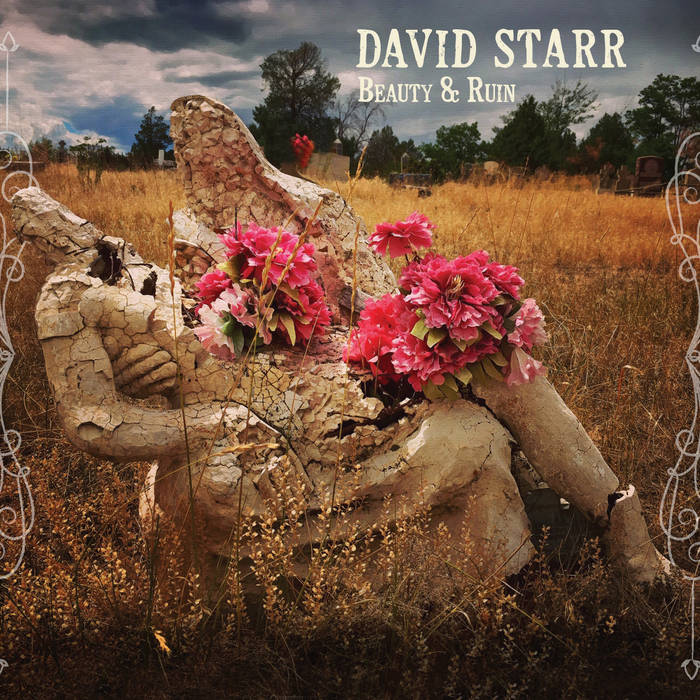 
Americana artist David Starr is embarking on a new musical and literary adventure with a collection of songs inspired by Of What Was, Nothing Is Left, a novel written by his grandfather in 1972, which Starr has re-published. Beauty And Ruin, recorded in Nashville, is produced and arranged by John Oates and co-produced by David Starr and David Kalmusky.

The final book Fred Starr published before his death, Of What Was, Nothing Is Left is a story of tragedy, family dysfunction, and denial set in rural southwest Arkansas.

After working with John Oates (Hall & Oates) on his 2017 The Head And Heart EP, David approached him with the idea: what if we gave several of our favourite songwriters a copy of the book and asked them to write for a concept album based on the story? The concept was not so much for them to re-tell the story, but to write songs inspired by the places, characters and situations found in the book.

“It is like watching a movie,” says Oates. "The cinematic aural landscape visually evokes a classic tale of tragedy, love gone wrong and an exploration of human nature and all its flaws."

Set in late nineteenth-century Arkansas, the original novel inspired these artists to mine their own history and life experience. This album hammers home the importance of storytelling through our country’s oral traditions, re-imagined through the spirit of Fred Starr’s original book and now musically brought to life by his grandson's unmistakable and emotional vocal performance.

The book contains a forward with creative input from the songwriters involved, including interviews with each songwriter featuring insights into process and inspiration from the book.

The Making of "Road To Jubilee"
youtu.be/wegaypNR52Y

from The Looking For Canada Collection 2020, released February 8, 2020
David Starr and John Oates