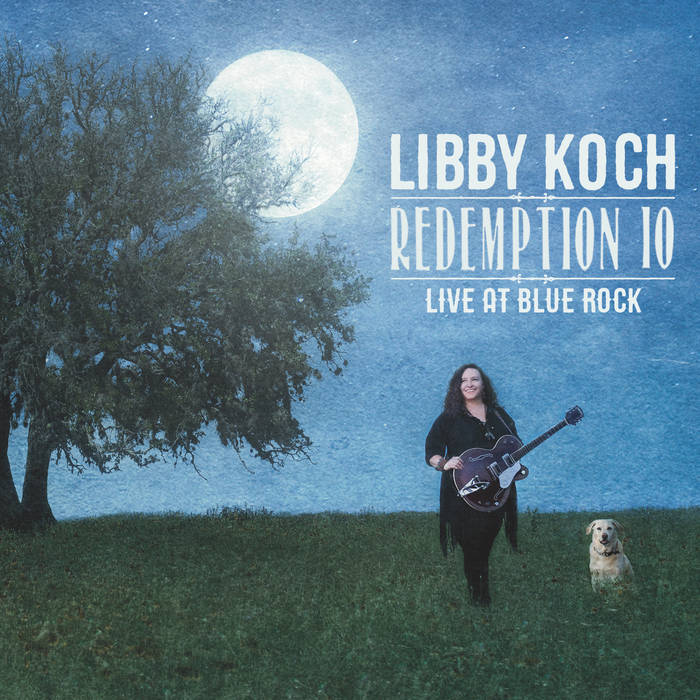 Houston songstress guitarist Libby Koch revisits her debut album co produced and musically directed by of Patterson Barrett (Buddy Miller Stephanie Urbina Jones) in the company of a high end Austin band, to create a live record and video, in front of a sold out live audience.

Thanks to my partner, Chuck Hawthorne, for riding the river with me, to my Mom and Dad for supporting me 100% even though they were both really freaked out when I told them I was quitting law to pursue music, to my Seester Amy Koch for the constant counsel and encouragement, and to my friends and family who are, blessedly, too many to list here. I am grateful, humbled, and damn lucky to have been doing this for ten years. I’m ready for more.

Thanks toBilly &Dodee Crockett, Sarah Randolph, Patrick Conway, and the whole crew at Blue Rock Artist Ranch and Studios – thank you for creating and cultivating this magical place for artists to capture magical moments like this.

Thanks to Valerie Fremin for capturing the vision I had for the album artwork in such an incredible way.

Thanks to Adam & Chris Carroll for puppysitting Bridget the Road Dog while we recorded this album!

Thanks to my team – Adam “Coach” Dawson, Brian & Pam Kalinec and the Berkalin Records family, Rob Ellen and the Moose Crew, Charlie Stewart, and the countless other folks who have helped me get my music out there over the past decade.

All songs written by Libby Koch (Nashtex Music/BMI) except for “I Still Miss Someone” which was written by Johnny Cash and Roy Cash, Jr. (Mechanical license obtained via Harry Fox Agency).