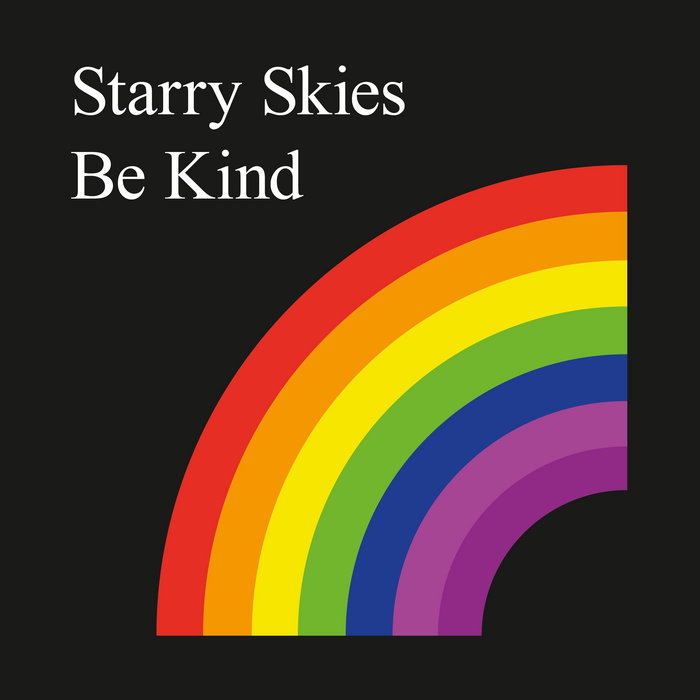 Starry Skies are a folk-pop combo from Glasgow, Scotland playing uplifting music about love, the environment and fighting corporate greed.
Tracks from recent album 'Be Kind' are being played on a range of stations from New York and Tennessee in the US to Argentina, Germany and up to the Western Isles.
Warren is a Glasgow-based singer/songwriter who has danced onstage with Nina Simone and met Chuck Berry at the St Vincent St. crossroads (when working for Pony Express).
‘Be Kind’ is the follow-up to the band's debut ‘Ask The Animals’ and was produced and engineered respectively by Glasgow musical luminaries Johnny Smillie (Thrum) and Stevie Jackson (Belle & Sebastian). It was recorded at Belle and Sebastian's rehearsal room & La Chunky studios. The album was mastered by Geoff Pesce at Abbey Road.
The new album has been well received in the USA and in November Starry Skies played the Saturday night headline slot at the IPO Festival in New York. While there they recorded live sessions for WFMU & Heat FM.
Tracks from the album are being played regularly on a range of stations from the Western Isles to Tennessee.
• ‘Starry Skies’ - Single of the week – Afternoon show - BBC Radio Scotland
• Album of the week / Be Kind featured in best tracks of 2018 on Roddy Hart Show;
• Album of the week - BBC Radio nan Gàidheal; • Video of the month - Jock Rock;
• UK Artist of the Week - The Vinyl Directory (Washington DC).

from The Looking For Canada Collection 2020, released February 8, 2020
Starry Skies